It's advisable to run a self-test on your Pioreactor before experiments. The self-test routine can catch common hardware errors that may compromise your data collection.

How to run the self-test routine​

Start on the Pioreactors page: 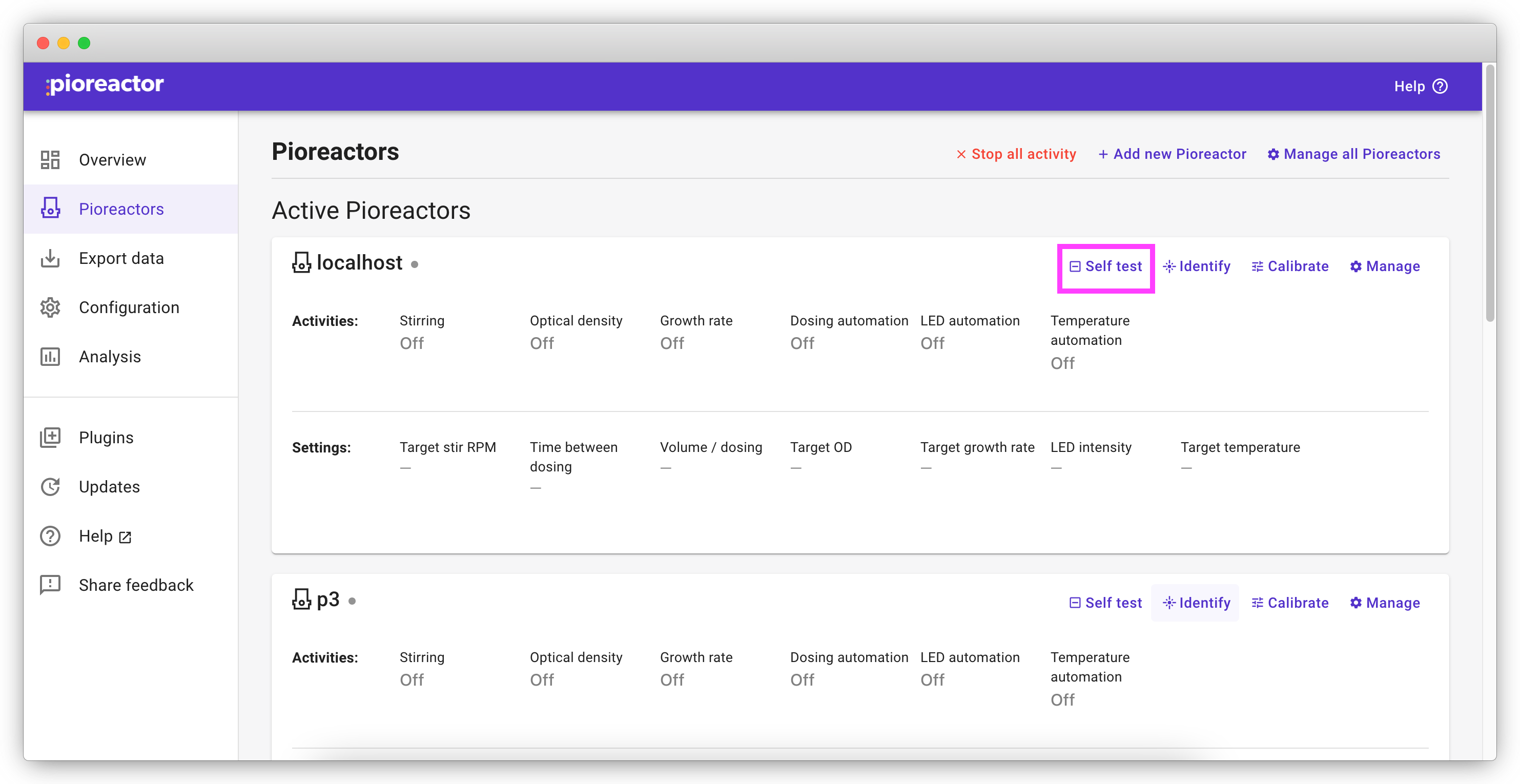 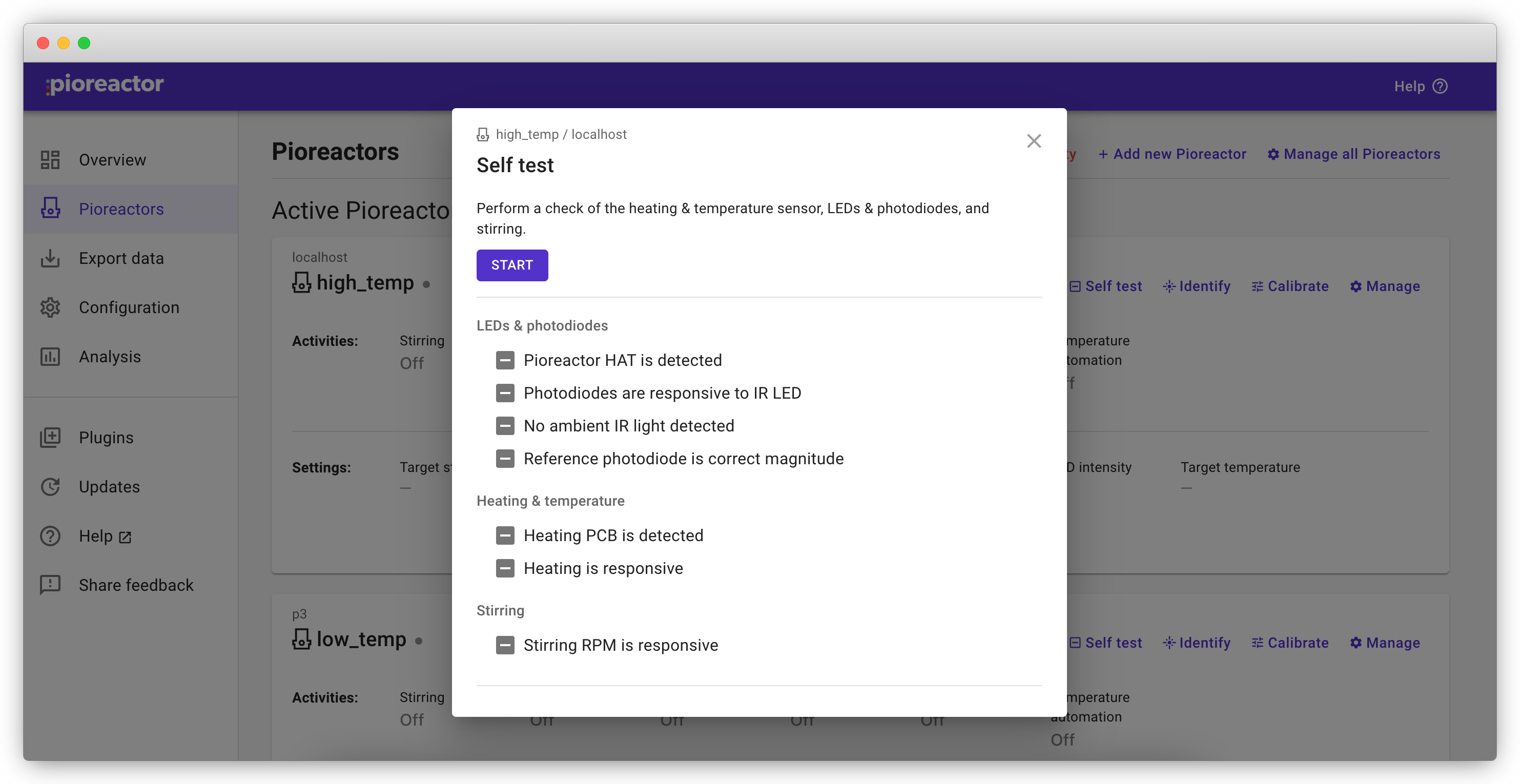 Add your vial, with media / water (and possibly inoculated), and click "Start". The Pioreactor will start running tests against expected output and report back to you success and failures of those tests. 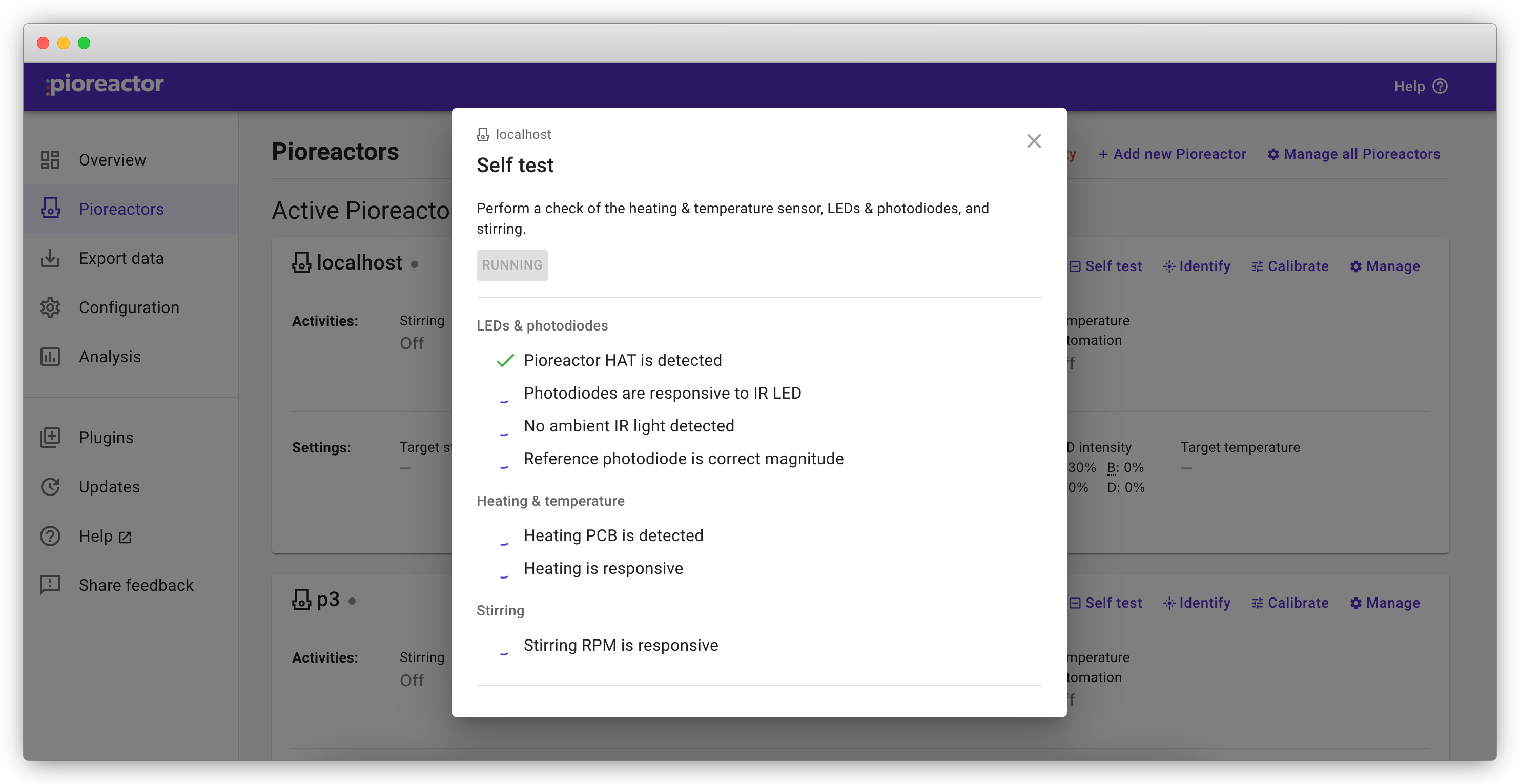 Depending on the results of each test, you'll see success and failures:

The self-test routine is optional. Even with test failures, the Pioreactor is still operational (perhaps not where the test failed though!)

Explanation of each test​

No ambient IR light detected checks that the photodiodes are detecting a near-0 signal when the IR LED is completely off. This test may fail if a powerful IR signal is shining into or onto the Pioreactor's body (aka the Sun - don't put the Pioreactor in direct sunlight). Also make sure that the caps are on all the Pioreactor's LED pockets.

Reference photodiode is the correct magnitude checks, if using the reference photodiode (REF), that the REF signal is less than 0.256 volts when the IR LED is at the level specified in the config.ini's [od_config].[ir_led_intensity] section. If this test fails, check the positioning of the REF photoiode (should be adjacent the the IR LED, snugly inserted, and with a cap). If still failing, try reducing the value in [od_config].[ir_led_intensity].

Heating is responsive checks for a linear relationship between the temperature sensor and the PWM heating system.

Stirring RPM is responsive checks for a linear relationship between PWM stirring system and the Hall sensor that measure's RPM. If this fails, check that the stirring power is connected correctly (and in the location specified in config.ini's [PWM] section). Another reason for failure is that the magnets are too far away from the base of the vial.